There is a revolution going on, an inner changing of the guard if you like, and for many it comes with a sense that something is wrong, out of sorts and very uncomfortable. A majority of people who are accustomed to calling the shots in their life and in the lives of others are losing the tight hold they once had and are having to come to grips with what is really going on.

In reaction to the changes that we are undergoing, there is a big knee jerk reaction in many, who are lashing out in an attempt to regain the control they feel they are losing. This is actually an unconscious cry for help, yet not one they realise they are seeking. 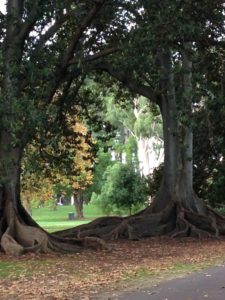 “Astrology: New Moon in Capricorn, This ambitious new Moon, with its conjunction to Pluto, squares Mars and Uranus and is in opposition to Jupiter, which brings a fresh start, loaded with tension and unresolved conflicts. Ahh! This aspect also provides the support needed to deal with people and situations in a way that can makes you proud. Those who are behaving badly will stand out like sore thumbs, so decide what you want to be responsible for and what you don’t and take the necessary action. As the Moon increases in light between its new and full phases, its a great time to put energy into areas in which you’d like to become stronger. The results of this cycle will be apparent at the full Moon in Cancer on January 16.”

The people who are awake to these changes are making different choices and becoming more responsible for their part in each and every relationship and interaction in their lives. During any period of transition change is interpreted as a threat and in this case it could be viewed as a pulling way or a

rejection by people who continue to see others through a filter of blame, shame and guilt.

It is time to challenge our conditioned responses in order to break free from outmoded and debilitating reactive patterns. We must dig deeper into our own psyche to ascertain the point of conception for the need to lash out at others. I believe a lot of the knee jerk reactions and impulses come from survival mode and most of the triggers and drivers in people are automatic and unconscious. This is likely to create havoc amongst the masses for a period of time, while the act of releasing from codependent and other unhealthy paradigms is being misunderstood.

It is and always has been the role of the forerunners, the ‘Visionaries’, to be prophetic, whether they are understood or not, it is in their nature to lead the way, which historically has been perceived through filters of suspicion and ridicule, as threatening to the status quo. In the face of fear it becomes vital for the few to step up in order to break free from the crippling ways of old, for the good of the whole.

During these times of immense and intense change, be comforted in the knowledge that you are not alone and a sure cure is to be found by reaching into your own heart and having the courage to speak your truth. These are trying times for many and incredibly important times for us all in the evolution of consciousness.

Be kind to yourself and remember to “go within or you’ll go without!”